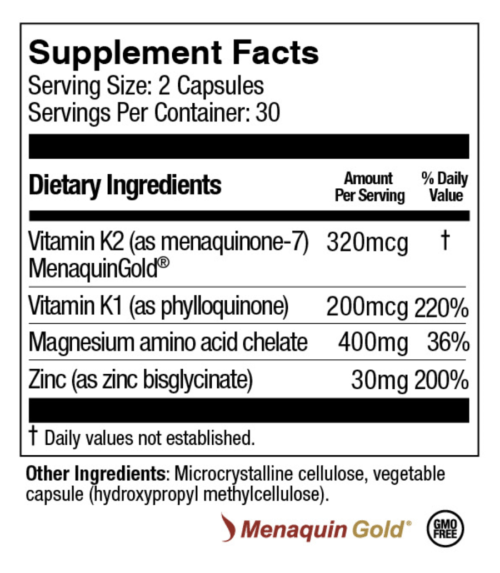 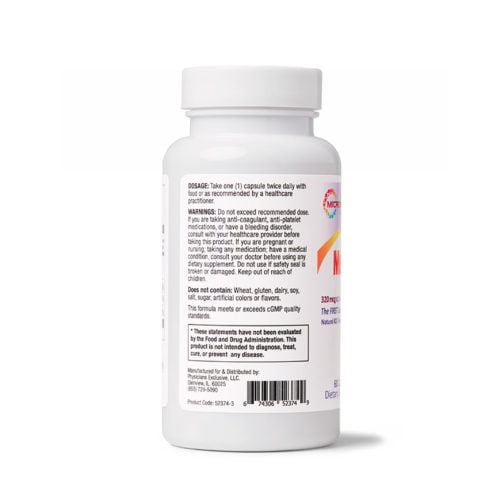 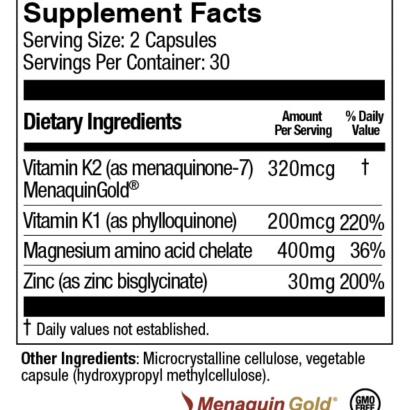 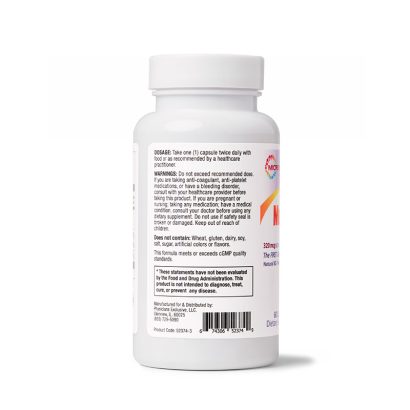 Given the major health benefits, vitamin K2 is arguably the most important dietary supplement out there, primarily because it can’t be found in sufficient quantities in the average Western diet.

In the last 40 years, researchers have realized that vitamin K2 is responsible for activating, or carboxylating, vitamin K-dependent proteins (VKDPs), such as osteocalcin and matrix Gla-protein. When fully carboxylated, osteocalcin attracts calcium into the bones and teeth. Matrix Gla-protein (MGP) helps to prevent vascular calcification by pulling calcium out of soft tissues, including arteries and veins. Without a sufficient source of K2, both osteocalcin and MGP can remain partially uncarboxylated or completely uncarboxylated, allowing calcium to deposit in the blood vessels rather than the bone, where we need it the most.

It’s likely that you’ve never heard of vitamin K2, but this little known vitamin can save the life of 2 out of 3 of your patients! With huge benefits including reducing the risk of diabetes, heart disease, cancer and osteoporosis, vitamin K2 is arguably the most important dietary supplement out there, especially since it isn’t found in sufficient quantities in the Western diet.

Some of the early evidence for the beneficial qualities of vitamin K2 came from Japan, where consumption of natto, a naturally fermented soy product replete with K2, is common in Eastern Japan but not in Western Japan.

Researchers started to notice that rates of osteoporosis, diabetes, senile dementia and heart disease were much lower in Eastern Japan compared to Western Japan and certainly far lower than in the US. These measurements were described in published trials.

With over 2000 published studies in the last 10 years, scientists have confirmed that the health benefits experienced by the Eastern Japanese, comes from this crucial nutrient – vitamin K2.

Dozens of published clinical studies have shown that vitamin K2 halts bone mineral density loss, which is a huge benefit for people with osteopenia and osteoporosis. In fact, supplemental K2 became a first-tier treatment in Japan for osteoporosis. But how does K2 prevent and treat osteoporosis? It is an essential cofactor in the activation of Gla proteins in the bone (osteocalcin) and blood vessels (matrix Gla-protein) which means that K2 is responsible for ensuring that calcium in the diet is deposited safely in the bones and not in the blood vessels.

The ten-year, 4,800 subject Rotterdam Heart study demonstrated that participants who ingested the greatest quantities of vitamin K2 in their diet experienced a 57% reduction in death from heart disease than people who ingested the least. Even minimal K2 supplementation was found to decrease all-cause mortality by 25%. Without enough K2, undercarboxylated osteocalcin and MPG lead to increased coronary calcification and cardiovascular disease. Over 25 published studies confirm that vitamin K2 can prevent arterial calcification, and that deficiencies are correlated with increased arterial calcification. Returning K2 levels to normal reverses arterial calcification, especially at prescriptive doses.

The rates of diabetes and prediabetes are skyrocketing! You probably aren’t already using vitamin K2 for these patients, but you absolutely should be. Over a dozen published studies have shown that K2 is protective against the development of type 2 diabetes, and what’s more, just four weeks of K2 supplementation increased insulin sensitivity. How does this work? The mechanism is still a little bit of a mystery, but it looks like conversion of undercarboxylated osteocalcin to carboxylated osteocalcin (for which K2 is necessary) regulates glucose metabolism, likely through β-cell dysfunction