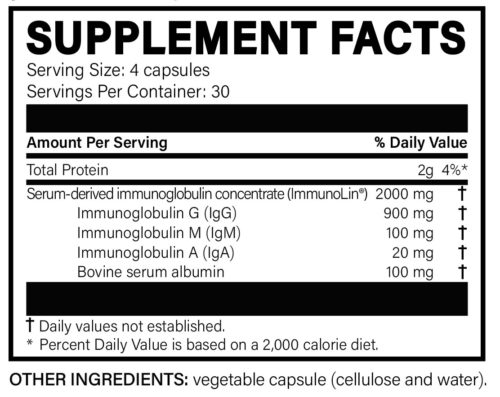 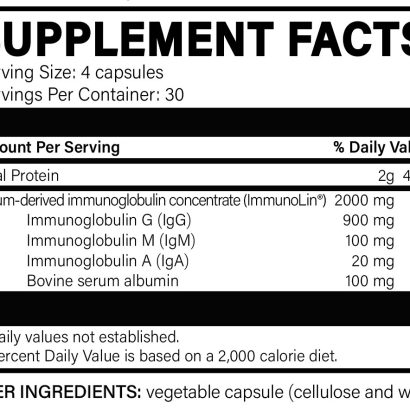 Microbiome Labs IgG2000 (MegaIgG2000) is a dairy-free immunoglobulin concentrate that supports healthy digestion and maintains healthy gut barrier function. Unlike other milk-derived immunoglobulins on the market, Mega IgG2000 is derived from bovine serum, making it lactose-free, casein-free, and β-lactoglobulin-free.

Mega IgG2000 is a dairy-free immunoglobulin concentrate that supports healthy digestion and maintains healthy gut barrier function. Unlike other milk-derived immunoglobulins on the market, Mega IgG2000 is derived from bovine serum, making it lactose-free, casein-free, and β-lactoglobulin-free.

What is Mega IgG2000 by Microbiome Labs?

Recommended Use:
Ages 2+: Take 4 capsules daily with or without a meal, or as recommended by a healthcare professional.

Warning:
If you are pregnant, nursing, taking medications or have a medical condition, please consult your doctor before use. Keep out of the reach of children.