Currently out of stock, but you can follow the link below to a comparable Glutathione product:

Glutathione SR (60) by Thorne is NSF Certified for Sport®. It occurs naturally in cells and is a cofactor in dozens of enzymatic reactions involved in detoxification.* As an antioxidant, glutathione directly quenches several reactive oxygen species (free radicals).* The body’s benefits from maintaining a normal level of glutathione include support for liver function, pulmonary function, immune function, bowel health, carbohydrate metabolism, cardiovascular health, cognitive health, and eye health.* Glutathione-SR is a breakthrough in glutathione supplementation because its sustained-release formula protects it from stomach acid and digestive enzymes, allowing for a slower release and a more steady level in the bloodstream of this essential nutrient.*

Currently out of stock, but you can follow the link below to a comparable Glutathione product:

Glutathione SR (60) by Thorne is NSF Certified for Sport®. It occurs naturally in cells and is a cofactor in dozens of enzymatic reactions involved in detoxification.* As an antioxidant, glutathione directly quenches several reactive oxygen species (free radicals).* The body’s benefits from maintaining a normal level of glutathione include support for liver function, pulmonary function, immune function, bowel health, carbohydrate metabolism, cardiovascular health, cognitive health, and eye health.* Glutathione-SR is a breakthrough in glutathione supplementation because its sustained-release formula protects it from stomach acid and digestive enzymes, allowing for a slower release and a more steady level in the bloodstream of this essential nutrient.*

Glutathione is the most abundant anti-oxidant. Since training and competition create more oxidative stress and damage, athletes have a higher need for antioxidants. Exercise longer than 60-90 minutes significantly decreases glutathione levels in the blood, so supplementing is beneficial for endurance and ultra endurance events.

The liver is the body’s largest reservoir for glutathione. A potent endogenous antioxidant, glutathione is essential for the liver’s phase I and phase II detoxification.* However, negative lifestyle issues and adverse conditions that affect liver health can result in a decreased amount of glutathione in the liver.

Because an athlete needs to know that his or her supplements are trustworthy and compliant, every batch of an NSF Certified for Sport® product is tested for compliance with label claims and to ensure the absence of more than 200 substances banned by many major athletic organizations, including stimulants, narcotics, steroids, diuretics, beta-2 agonists, and masking agents.

ALLERGY WARNING
This product is contraindicated in an individual with a history of hypersensitivity to any of its ingredients.

PREGNANCY
If pregnant, consult your health professional before using this product.

INTERACTIONS
There are no known adverse interactions or contraindications at publication date.

Our belief is that good health can always be made better. Because no one should be limited by a definition of health that’s anything less than optimal.

Finding out what your body needs is only half the solution. Giving it to you is the other half. We offer personal at-home tests to help understand your health and supplements to unlock your full potential.

Be the first to review “Glutathione SR (60)” Cancel reply 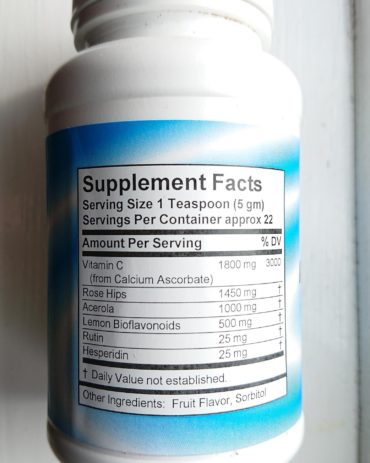